We have another pivotal month ahead filled with several dynamic shifts that will make the energy feel a bit unstable. There is a lot going on in March, so chances are we are going to feel pushed and pulled in many directions. We may also be in for a few surprises this month, so stay open and go with the flow! Try not to stress yourself out by expecting things to go exactly how you want them to, instead, try to go with the flow and see how things unfold. Within the first few days of March we’ll have Mercury going retrograde, Uranus entering Taurus, and the New Moon in Pisces.

On March 5th we enter the first Mercury Retrograde of the year in the sign of Pisces. Mercury will be retrograde until the 28th of the month and will be encouraging us to slow down, to assess, and to tread with caution before moving ahead. As Mercury turns retrograde in Pisces, letting go of the process of reasoning so that we can understand our feelings better comes to the forefront. This is a very difficult thing to do. We want things to be logical and to fall into an expected pattern. We want them to make “sense”. But Mercury retrograde in Pisces brings us a period of re-learning that we need to get in touch with our spiritual self. We can’t reason that out. It has to be understood at a much deeper level.

The following day (March 6th) marks a major turning point as the New Moon in Pisces also coincides with Uranus entering Taurus. This is a big cosmic day and represents the start of a significant new cycle. The Pisces New Moon has quite a few aspects connected to it making it a very energetic lunation. Staying balanced and paying attention to the messages of your mind, body, and soul is going to be important around this time. Whenever an outer planet (Jupiter thru Pluto) switches signs it sends huge cosmic waves out into the Astrological Universe. Uranus reenters Taurus and will stay in this sign for quite a while. Uranus briefly entered Taurus back in May 2018, however now it is here to stay until 2026.

Uranus is associated with electricity, lightning, and wild weather as well as genius and brilliance that come as lightning flashes of inspiration. It also brings a powerfully disruptive or even rebellious energy designed to help us change—and fast—as well as free ourselves and others and let go of the past. It carries a knack for mechanics, aeronautics, and electronics as well as anything high tech, futuristic, or visionary, from outer space and psychic research to astrology, inventions, miracles, and discoveries. This revolutionary planet may be somewhat uncomfortable in practical Taurus, which likes tradition and resists change because it wants security.

For example, Taurus rules nearly everything related to money such as cash, checkbooks, banks and bankers, profits, borrowing and spending, securities and stocks, treasuries, and financiers. Taurus also governs cattle, copper, jewelry, art, and possessions in general. In addition, it is associated with beauty, both artistic and personal through adornment, and our response to beauty, culture, and the arts. It’s especially fond of music, singing, and sculpture. All these areas will be ripe for change under this Uranus transit.

March 20th marks another pivotal day as the last of a string of three Super Moons will occur. This Super Full Moon falls in the sign of Libra and will be giving us a hint of what needs to be completed and wrapped up so we can fully enter into a new astrological cycle. The New Year in astrology falls a day later on the March 21st. It is on this day that the Sun enters Aries and begins a new zodiac cycle. This day is also the Equinox, where we have equal hours of light and dark. In the Northern Hemisphere the Equinox brings the start of Spring. This shift in energy will be preparing us for the months to come, and will be helping to fuel our dreams and our goals.

Aries is a cardinal fire sign that springs upon us in a burst of exuberant energy – it is the doer, the initiator, the aggressor. The Sun is the source of all life in our universe. Without it, none of us would be here. It represents the desire to live, the craving to exist, the will to “make something of ourselves”. When you combine that urge with the fire of Aries, there’s going to be a lot of physical activity going on. As this month goes by and Aries winds down, we may get a little worn out from all this running around.

On March 26th Venus enters Pisces- Whenever Venus moves into the compassionate sign of Pisces; we have some time to feel the purest kind of love — gentle and sympathetic as demonstrated by Mother Teresa. We get a little soft in the heart and our focus shifts to caring for those who are unable to care for themselves. Pisces never sees the world in black-and-white terms. Rather, Pisces sees all the colors of the rainbow. With the goddess of love in Pisces, our love is all-embracing, we are able to forgive and understand, we are seducible and seductive, and we show compassion to our partners. Venus in Pisces is tender and affectionate, although hard to reach nevertheless, as there is a longing for something that is hard to define and hard to satisfy. Borders and boundaries blur under Venus in Pisces. The shadow side of this position is allowing ourselves to be victimized or deluded, as well as evasiveness.

Finally, on March 28th Mercury moves direct Pisces. While Mercury has been retrograde in Pisces we’ve had time to spend reviewing our psychic images. Now it’s time to once again look at some new visions.
The retrograde period was a time of introspection and listening to our feelings. The change to direct motion begins a time to bring those feelings out. Put them into thoughts and words. It’s still not real easy to do that, since Pisces is such a watery sign, but what does come out will have real depth and compassion to it. 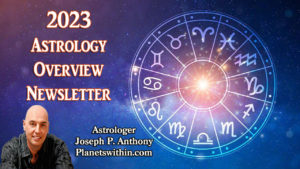 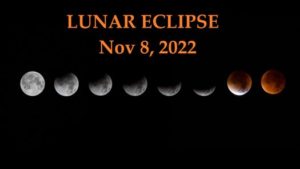