Hi Friends,
The Spring season (northern hemisphere) is in full swing as we move forward through April. At the start of the month, the radiate Sun will continue to roar through the first zodiac sign of Aries. This is often a time of powerful new beginnings, marking the official start of the zodiac year. The zodiac year does not begin in January like our calendars. It actually begins the moment that the Sun moves into Aries—the Spring Equinox. Aries Season is a time that encourages our independence, leadership, and passion to begin new journeys and projects. With all of the planets in direct motion (not retrograde) until April 27th, there will be plenty of opportunities to proceed faster than we normally would. With the roads open before us, where will you go? This is a truly auspicious time where we can soar faster than ever toward what means the most to you.

And speaking of speeding up– Mercury enters Aries and the New Moon will also be in Aries to further ignite the fiery passion to move forward. Fortunately the second half of April will be more physical and sensation oriented thanks to three planets switching into Taurus and Mars entering sensitive Cancer. This change in direction will be an opportunity to slow down and smell the roses. After the April 20th the planets begin to favor romance, partnerships, financial matters and personal values.

As the month begins Mercury enters Aries on April 4th. Mercury rules our thought process. It represents the speed with which we comprehend ideas and concepts, so when Mercury moves into the fiery sign of Aries, it marks a period of high-energy and frantic ideas flying around. Mercury also rules the nervous system. The sign it is in describes how fast or slow we want to carry the message from one place to another. Mercury in Aries moves impulsively from one fire to another. It’s like going to the Indy 500…and you’re the driver. During this transit, we can expect lots of projects, lots of people wanting you to do more, and lots of work, work, and work… at a fast, fast, pace. 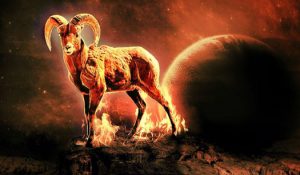 The New Moon in Aries arrives this month on April 11th bringing with it all the opportunities to start a new. This New Moon is a great time of the year for a fresh start and this one is full of energy and enthusiasm. So it’s a great time to think about what you want and how you can get it. With Aries, we usually focus on what we want for ourselves. We come out of super compassionate Pisces, and it becomes time to focus on ourselves. This lunation has some favorable aligned to Venus, Mars, and Jupiter all of which are super positive! This is truly a great new beginning to the Spring season.

However, there is one aspect to powerful Pluto that is not so favorable.
This New Moon is conjunct Venus and will square Pluto and bringing relationship matters to the forefront. Watch for passionate emotional responses from others. This is a stressful influence which causes us to feel tender and overwhelmed. Pluto’s influence is always so intense. With Venus involved, close relationships will be tested. No doubt a day of great learning, we won’t necessarily like what we uncover.

We will meet our shadow through other people. Whether or not we recognize this reflection as our own will determine the outcome of the situation. In any case, the message is clear: it is time to let go and stop forcing (painful) patterns to continue. Beware extreme mood swings. Everything about this transit can be psychologically draining; we may be so worried about something that we can’t stop thinking about it. 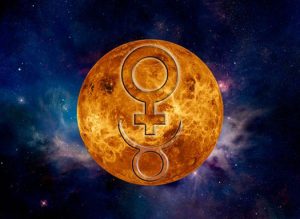 On April 14th, Venus enters Taurus, the sign of her domicile. While Venus is in Taurus, we will find it easier to connect and honor our feelings – furthermore, we’ll find it easier to manifest what we want. Of course relationships and financial matters are also a primary focus with this transit. Since Venus in Taurus is very magnetic it’s natural to draw to you the material needs and desires at this time. Taurus is all about the basic needs and getting in touch with nature. Taurus is a sign of the earth. It is heavy and warm. Lush flowers and forests grow in its fertile valleys. It is solid and endures forever. While Venus is in Taurus, we all get to indulge our fancies and maybe even acquire some long lasting memories along the way.

Our thinking slows down a bit when Mercury enters Taurus on April 19th. While Mercury is in Taurus, we’ll be flexing our mental muscles through a sign whose energy focuses on the physical things in life; Strength, land, possessions — all solid, stable, material things. You can touch them. They endure. They feel heavy. So when the planet of reason moves into this realm, the thinking process is slowed. We need to “think things through” more. Answers do not come through quickly. We get more satisfaction out of digging in the garden or going to the gym or walking around the block. When Mercury is in the earthy sign of Taurus, it’s time to trim away the old dead growth so the new can flourish.

The Taurus theme is highlighted even more on April 20th when the Sun enters Taurus as well. After a month of exuberant Aries, we are ready to slow down and enjoy the soothing sensations of Taurus. The seeds that were planted during Aries are starting to sprout. People are beginning to come out of their houses to enjoy the sunshine and putter in the garden. Get your hands dirty. Taurus is a fixed earth sign that condenses and solidifies the fiery impulses generated during Aries. The energy of Taurus is receptive and feminine, steady, loyal, and determined. It waits for things rather than running after them. 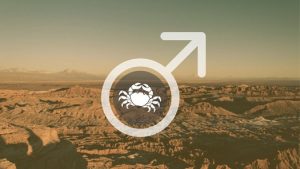 Our motivation switches gears on April 24th when fiery Mars enters the emotional watery realm of Cancer. Mars is all about being assertive, forceful, competitive, and active. It’s the force that puts us in motion and gets us what we want. When that energy moves into the sign of Cancer, an intuitive sign that runs on emotion, you may not have a clue what it is you are trying to get, but you’re darn well going to get it! It’s sort of like punching your way out of a gunny sack. By nature, Cancer is not all that assertive, but this is a combination that can give us tremendous energy to build our own nest and move toward what we feel we need. Don’t be surprised to find yourself spending a lot of time cleaning, fixing and building things around the house.

Even so, for the next several weeks tempers may flare over issues of feeling uncared for. The Cancerian inclinations lean heavily toward taking care of others. When Mars enters this zone, it shifts into “how about a little appreciation around here?” Suddenly “Family Feud” is more than just a game show. As we sulk in the corner, recovering from our injured feelings, we’ll get to see first-hand what it means to jump into the fray and struggle for authority. By the end of this transit, the forcefulness of Mars will begin to mellow and we will emerge a little stronger and a little more confidant. And with any luck, we’ll emerge a little more caring too.

Finally, this month’s Full Moon highlights the intense sign of Scorpio on April 26th. Full Moons are generally more passionate as the Sun opposes the Moon; however, in Scorpio this lunation is on emotional steroids. Scorpio is an emotional water sign, but can get obsessive and enthralled. This can cause us to get thrown, frustrated, and easily prone to fights, but if you can control the energy and channel it productively, it can be incredibly fuel for action in a positive way. It’s just hard to get control of!

Scorpio governs what we hold deep inside, the dark side, and we may become more aware of something we’ve been hiding from. Scorpio governs other people’s money, so there may be financial developments or endings that impact many people. Scorpio also governs transformations, and this can be the best way to use Scorpio energy. Make something old and stale into something new and fresh.