Welcome to 2020! A year that is sure to be memorable. Four outer planets will be in earth signs setting the stage for us to build something from the ground up. I have called this year, the year of “New Foundations” because this is what earth signs do best. They like structure and taking their time to build something that’s long lasting. However, 2020 seems not to let up in intensity though. From the first days of the year until the very last ones, each month accrues critically important planetary cycles that will undoubtedly set the tone for many years to come. Here is what the planets are showing me:

The year really begins soon after a powerful Total New Moon Solar eclipse in Capricorn on December 25, 2019 that conjuncts Jupiter, Sun, Mercury, and the Nodes. Unpredictable Uranus in Taurus will also be in the picture as it creates a trine to this new cycle. This is followed soon after by the immense Saturn-Pluto conjunction in Capricorn that is exact on January 12, 2020. Not only is this lunar cycle very active with all these outer planets making a connection, we also have a powerful Lunar Eclipse in Cancer on January 10, 2020. As you could see the first month of the year is no picnic. It seems to be screaming change, change, and more change. 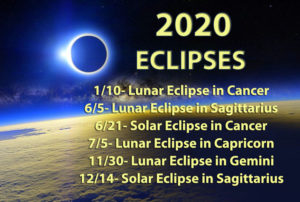 From its comfortable position in the sign it rules (serious Capricorn), Saturn is running the show this year. Focused on achievements and success, Saturn will propel us to go after what we want. Set goals. Follow a plan. Saturn challenges us to do our best. Are you up for it? One way or another we will be. With all this Capricorn energy being activated this year, it’s going to be filled with politics, government nonsense, corporate scams, political arrests, dismantling of old systems, scandals with religious leaders, (pedophile networks) and lots of karma. 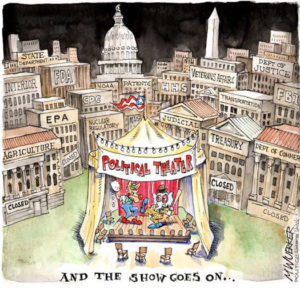 Here in the US we can see the political theater has begun in Washington with the impeachment of Mr. Trump, This is setting the stage for the year ahead. Make no mistake in 2020 the politicians and people who support them will get down and dirty. I suggest turning off your television and going into nature more often this year. Since there will be four outer planets in earth signs, nature is the perfect environment to feel sane.

There will be a change in the balance of power in governments and corporations around the world, with a chain of departures, resignations, replacements and reshuffles at the top. This process has already begun. There will be a chain-reaction in big business, the stock markets and employment in generally, especially towards the end of the year. Issues revolving around nuclear power will begin to be transformed. In our own personal lives and in the lives of the people around us, there will be a chain reaction as well. Understanding the Capricorn weather at this time will help us to figure out our new place in the grand scheme of things – local, regional, national or global. Thinking “Big” will certainly be in the picture in 2020, so Git-R-done!

The energy in February and March feels a little better even though Mercury will go retrograde for the first time on February 17th in spiritual Pisces. What makes this time frame a little better is that Jupiter in Capricorn will sextile Neptune in Pisces on February 20th suggesting some overly optimistic oomph. We’ll have to be realistic about this one, when these two planets align in this fashion, dreaming, and unrealistic expectations, over fantasizing are the norm. However, this could be a good alignment to dissolve and remove things that are no longer needed in your belief system, your philosophy, your political leaning and your overall outlook on life. 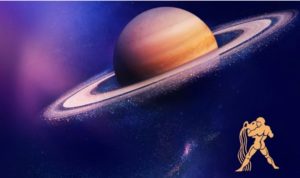 On March 24th Saturn finally leaves Capricorn and enters rebellious Aquarius for the first time in many years.  Saturn in Aquarius is all about organizing the future. It is the best time to clarify your goals.  It may also help us to find all kinds of groups that we feel a connection to.  I’ll go deeper into this transit as the year unfolds. In April, Jupiter catches up to Pluto for another new cycle conjunction, in close proximity to Saturn. Later in the year, from late June until December, Mars enters Aries and retrogrades in Aries on September 9th through November 14th. Mars will square Jupiter, Saturn, and Pluto several times during this second half the year.  Watch for instability during these transits, anything to do with your sense of identity or your purpose may shake you up, or you might find your job or the political theater is getting on your nerves. Fortunately, powerful Mars will help us to get where we want to go – and fast. As Mars starts the year in energetic, ambitious Sagittarius, we’ll be able to cross some things off our to-do lists right away in January. The competitive vibe of Mars in Sagittarius gives us a positive sense of accomplishment from the start.

On May 13th we also have Venus going retrograde in Gemini all the way through June 25th.This is sure to bring back people from the past, communication from the past, thoughts from the past, financial concerns from the past and may even include some mental confusion. June 2020 is a very tricky month with five planets retrograde and two more eclipses. In June 2020 there will be a Lunar Eclipse in Sagittarius on June 5th, followed by Mercury going retrograde on June 10th, a Solar Eclipse in Cancer on June 21st, Neptune will go retrograde on June 23rd, and last but not least, the second Jupiter conjunct Pluto will occurs on June 30th. WOW! Talk about slowing down and smelling the roses. I suggest we all take a vacation in June.

July and August should be a little calmer; Saturn will retrograde back into Capricorn on July 2nd giving us one last look at what we really want from our careers. A few days later, another Lunar Eclipse in Capricorn sets the stage for purpose and finishing up the cycle that started on December 25, 2019. During this lunation we’ll be asking…What have I learned the first six months of 2020? Have the experiences been beneficial? What else can I change? On July 27th your prayers maybe answers as the second Jupiter Neptune sextile occurs. Finally, on August 15th Uranus goes back into hibernation mode until January 2021.  This will be a time to look at our values once again. Financial matter will be a top prior during this period. 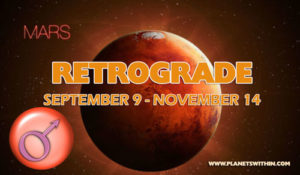 As we go into the fall months of September, October and November our motivation can be bogged down a bit as Mars begins its retrograde in the beginning of September, Mercury retrogrades in October, and our drive to achieve starts coming back by mid-November. By the end of November we are in high gear once again, going after what we want thanks to Mars going direct, Jupiter conjunct Pluto for the last time this year, and we also have the last Lunar Eclipse of 2020 on November 30th in the sign of Gemini. There is lots of energy building back up at the end of November, so look for more surprises in the public as well as in your personal life.

Lastly, December 2020 promises to be an optimistic and eventful month thanks to the Solar Eclipse in Sagittarius on December 14th, followed by Saturn entering Aquarius once again and Jupiter will be joining the party as well when it enters Aquarius on December 19th. Saturn and Jupiter will be conjunct on December 21st helping to improve our future, giving us hope to expand beyond the current power structures. This alignment brings enormous shifts in power and fortune. Jupiter is expansive while Saturn is contractive. This conjunction suggests a state of intensification, concentration, and overall need to not do things the same old way again. This transit indicates the potential for explosive change, good, bad or indifferent.

The 4 Year Cycle is one of vision, management, priority, limitation, restriction, determination, effort, and breakthrough. Your sense of identity – who you are and what you believe – is the principle theme. The events of this practical year will leave you in no doubt that the time has come to set new priorities and strive toward a specific long-term goal. 4 is the number of organization and work; how things work, making things work, and working towards something that means a lot to you.

As the year unfolds, you will need to develop a clear vision of what you want and make a firm commitment to attaining it. Keep in mind that the reason the 4 Year often feels confusing and difficult is because its nature seems to place obstacles in your path any time your attention is diverted from reality. Setting realistic goals not only helps you to stay focused, but often results in satisfying achievement. Whatever it is you hope to accomplish, (and your priorities may change several times this year), you can be assured that it involves mental, emotional and/or physical hard work. To find out more on a 4 year visit: Christine DeLorey 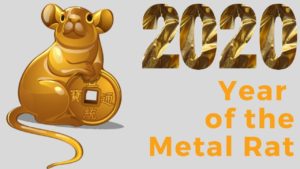 The Rat is the first of all zodiac animals. According to one myth, the Jade Emperor said the order would be decided by the order in which they arrived to his party. The Rat tricked the Ox into giving him a ride. Then, just as they arrived at the finish line, Rat jumped down and landed ahead of Ox, becoming first.

The Rat is also associated with the Earthly Branch (地支—dì zhī) Zi (子) and the midnight hours. In the terms of yin and yang (阴阳—yīn yáng), the Rat is yang and represents the beginning of a new day. In Chinese culture, rats were seen as a sign of wealth and surplus. Because of their reproduction rate, married couples also prayed to them for children.

To read more about the Rat year visit: 2020 Pig Year 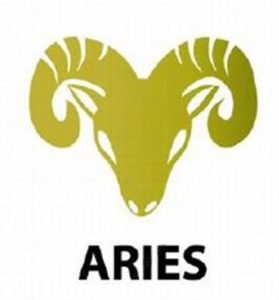 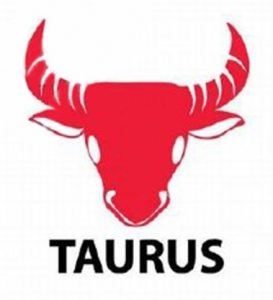 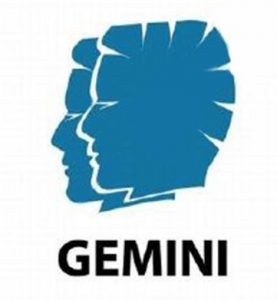 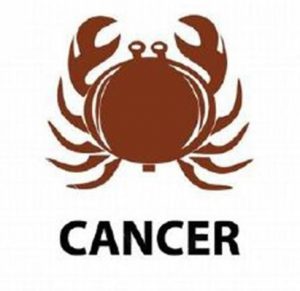 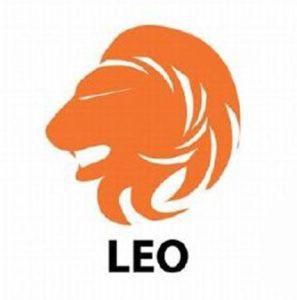 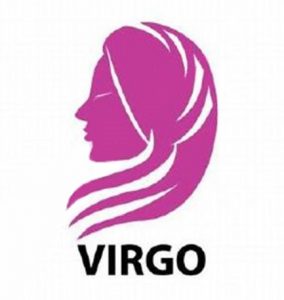 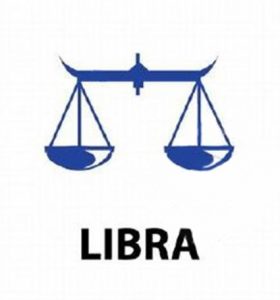 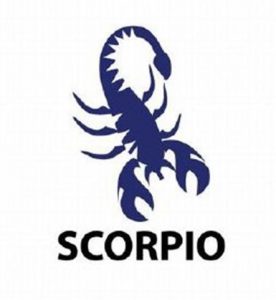 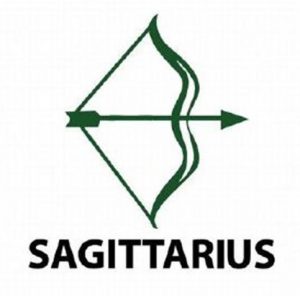 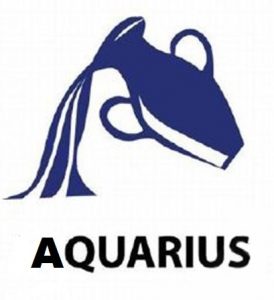 HAVE A FABULOUS YEAR FRIENDS!